Pie is great, but not all pies are created equal. Cherry pie often suffers from an excess of goopy syrup. Cornmeal pie can be gritty. Boston cream pie easily becomes soggy. In Indiana, one pie is particularly respected for its absence of such flaws: sugar cream pie. 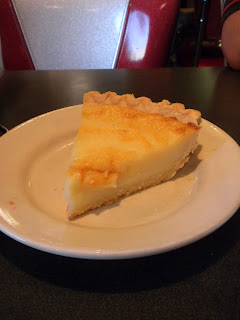 The pie is said to have been created in Indiana in the early 1800s by Quakers, according to the Indianapolis Monthly article. It is a simple pie made of sugar, flour, vanilla, milk, shortening and nutmeg. The minimal ingredients combine to create a smooth and creamy concoction that is honored as the State Pie of Indiana. The go-to spot for Indiana sugar cream pie is Wick’s Pies, a Winchester factory that has been baking for over 60 years. The business grew from making 20 pies a day by hand to its current production of over 10,000 pies and 30,000 pie shells in an eight hour shift, according to Wick’s website. A wide of variety of pies are baked here, but Wick’s is best known for its sugar cream pie made from the 19th century Wickersham family recipe . 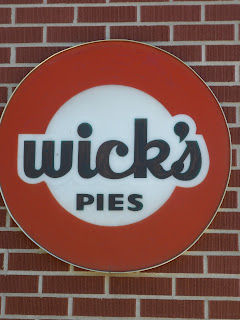 Armed with an empty stomach and expectant palate, I set off for Winchester. My friends and I parked in the Wick’s factory parking lot and walked across the street to Mrs. Wick’s Pies restaurant. Vintage tables and chairs sat a crowd of entirely local retirees. The menu showed prices so low I was unsure if they were up-to-date. 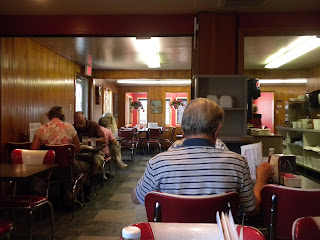 Luckily they were and I was available to order a massive breaded tenderloin and piece of sugar cream pie for $7. 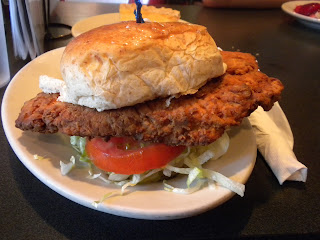 The tenderloin was fantastic, yet the pie was the highlight of the meal. The balance of the crumbly crust and sweet, soft filling was ideal. After lunch, my friends and I walked around the tiny city. I was charmed by the downtown with its stately courthouse fringed by a square of old buildings. 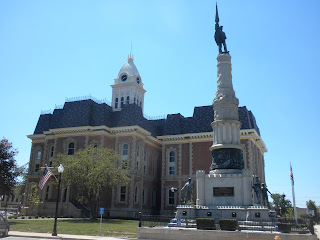 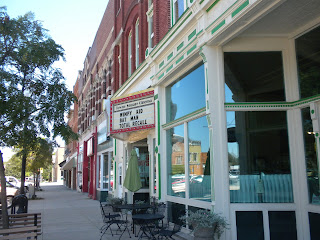 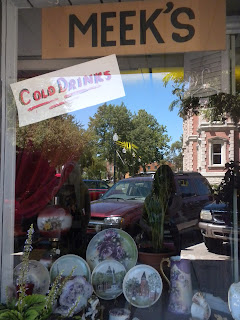 We returned to Wick’s to buy pies to take home to our families. I bought a peanut butter pie and my friend bought a sugar cream pie. 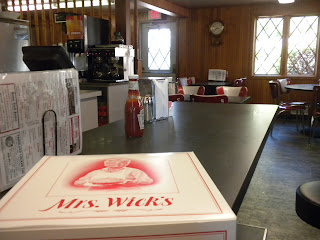 Wick’s is definitely out of the way but worth trying. If you don’t feel like making the drive, you can have pies delivered to your home; they deliver to 25 states.