Great Burger Quest Takes Me to Evansville and The Pub

“Who has the best hamburger in Evansville?” I asked Laura Libs, of the Evansville Convention and Visitors Bureau. I am on a quest to find great hamburgers, and occasionally post reviews to a burger website run by a friend of mine. With a city as large as Evansville, somebody had to have an outstanding hamburger. 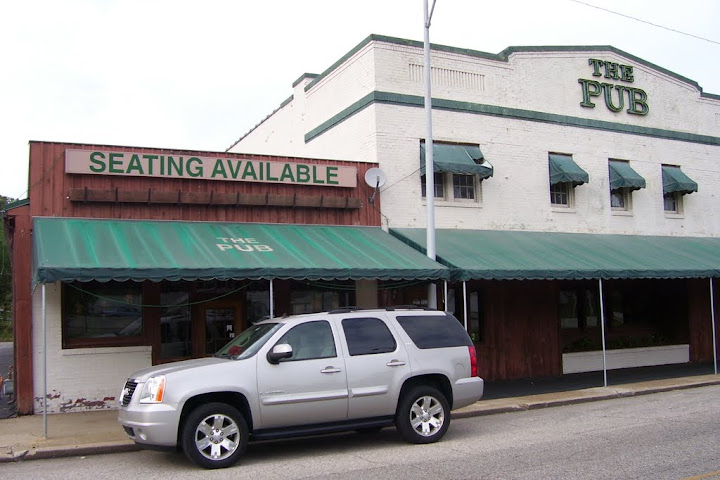 Bubbles? Anyone who had the confidence to call himself Bubbles was someone I wanted to meet.

We headed to The Pub, which is right off The Lloyd Expressway on the east side of Evansville. When we pulled up, I wasn’t too sure of what I would find. It’s not an eye-catching, fancy place, but Laura said that they had outstanding food. Besides, I’ve found that some places that spend a lot of money on decor didn’t have much going on in terms of food.

Bubbles Pollock, the owner, opened The Pub on March 15, 1978 — “the Ides of March,” Bubbles declared — after converting it from an art movie house. Before that, it was a bar and theater, and the Vanderburgh County Democratic Party headquarters. 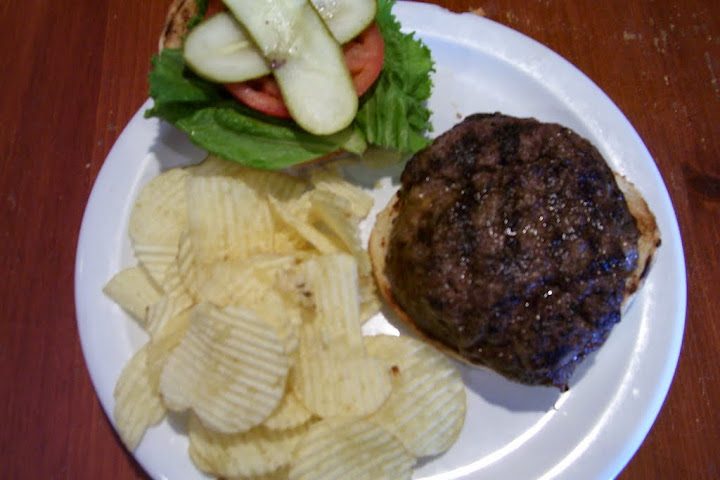 I tried the Philly style hamburger, which had grilled onions and peppers, but I didn’t see them when I got my burger. I didn’t think about it until I had my first bite, and realized I didn’t see them. I looked at the bite I had just taken and realized they were inside the hamburger. That was actually a nice touch, and made the burger nice and juicy. It also imparted the flavor of the peppers and onions to the meat that you just don’t get by slapping that stuff under the bun.

For dessert, I tried the pumpkin delight, which it was. I love pumpkin, and I was especially pleased to get it out of season.

It turns out The Pub has been voted Best Neighborhood Bar, Best Tavern Food, and Best Sunday Brunch by Evansville Living Magazine readers. It has also been voted the Best Bar and Best After Work Gathering Place by the Evansville Courier Press readers. I can see why. It’s a small, friendly place and the hamburger was outstanding.

While the bar section allows smoking, there is also a non-smoking family area, where we ate. If you go to Evansville, and are in the mood for a good burger, stop by The Pub, and ask for Bubbles. It’s a definite must for anyone who loves a good hamburger.