I just visited my third Indiana State Fair. When I lived in northern Indiana, the fair was always a big deal, but I never went — it was too far for someone who wasn’t involved in the state ag scene (I sold poultry supplies and equipment overseas, but not to anyone in the state). 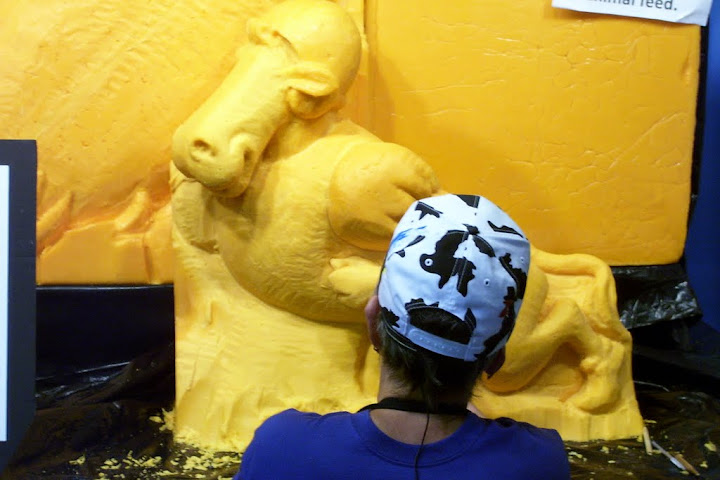 It wasn’t until I moved down here that I ever went to the state fair. I could never figure what all the fuss was about, until I went.

Indiana is still an agricultural state, and it’s something we take pride in. Our fair is huge compared to other states, which are still considered heavy ag states. We take our food seriously (which you can see in both the booths and some of the fair goers). Everything we do is focused on food. Whether it’s the giant cheese sculpture, the animal judging, or the new and novel things we can bread and deep fry (this year, it’s deep fried butter), the fair celebrates our agricultural and food heritage.

It was in the Ball State Ag/Hort building that my son and I visited our favorite exhibit in the fair, the giant displays made with cans of food, all in support for Gleaner’s Food Bank. 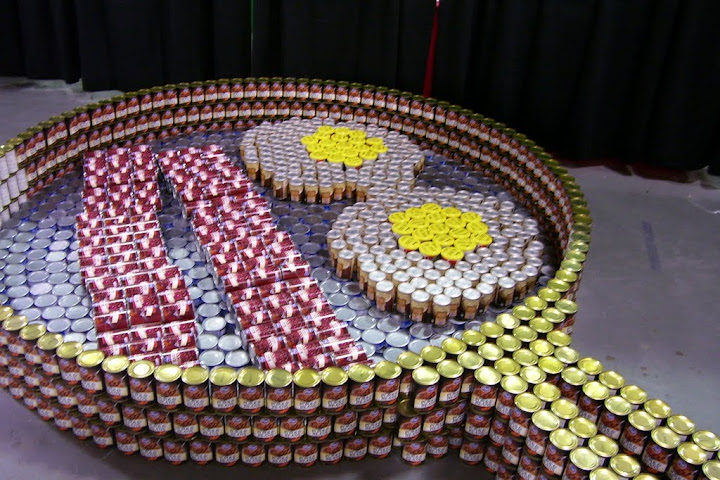 I never really thought about how important a display like this is actually helping Gleaner’s, until this past Saturday. The cans are not only being used to remind people about the importance of a food bank, and how we can help our fellow Hoosiers — something we’re very good at in this state — but the cans of food will be used afterward to directly help the people who need it the most.

I was struck by the synchronicity of it all as we studied the different displays, scenes, and creations made with the caring of strangers with basic cans of food — a lot of which was probably grown in our own state. Circle of life, baby. Circle of life.